You are here: Home1 / News2 / Negative role of mitochondria in the treatment of neuroblastoma

Neuroblastoma is one of the most common malignant tumors in children. It typically affects very young children and sometimes occurs before birth. Neuroblastoma arises from immature cells that commonly form peripheral nerve tissue, including the adrenal medulla, where this tumour is most commonly diagnosed. The causes of the tumour are not fully understood, although it is known that tumour growth is associated with mutations that prevent proper cell development and maturation.

In the Czech Republic, neuroblastoma is diagnosed in approximately 20-30 children per year. The biggest challenge in the treatment of this tumour is its variability. While in some patients the tumour disappears spontaneously, neuroblastomas of so-called high risk often do not respond to treatment at all or the disease returns. Only about half of these patients are successfully cured.

The causes of tumour formation, treatment failure and the reasons for recurrence are therefore the focus of attention of scientists from all over the world. At the International Clinical Research Centre of St. Anne’s University Hospital in Brno, Jan Škoda, Ph.D., head of the Laboratory Oncology Translational Research team, is researching neuroblastoma. “During my internship at Children’s Hospital of Philadelphia, I worked in the lab with Dr. Michael Hogarty, a leading expert in neuroblastoma research and treatment. We established a long-term collaboration, the results of which we are gradually publishing,” described Dr. Škoda.

One of the results of their collaboration is the paper “Reduced ER-mitochondria connectivity promotes neuroblastoma multidrug resistanceR”, which was published this year in the prestigious scientific journal EMBO Journal (IF 11.6) and which Dr. Škoda co-authored.

In the publication, the researchers focused on mitochondria in cancer cells and their role in therapy. Mitochondria are cellular organelles, i.e. microscopic formations in cells that perform specific functions, similar to organs in the human body, for example. They are fascinating components of our cells, which probably originated from bacteria sometime over two billion years ago. Mitochondria provide unique functions for the cell. They act as a kind of cellular powerhouse and are involved in, among other things, cell differentiation or cell death.

It is programmed cell death, so-called apoptosis, that is an important process in the human body. It is often more beneficial to the organism than spontaneous cell death, because during apoptosis the cell breaks down into smaller vesicles in a controlled manner and there is no risk of it bursting and spilling its harmful contents into the environment. It is also the activation of apoptosis that is the target of most anticancer drugs. The research team, which included Dr. Skoda, described a new mechanism by which neuroblastoma cells can escape available treatments. “Essentially, we found that therapy-resistant cancer cells lose the tight contacts between mitochondria and the endoplasmic reticulum, another very important cellular organelle. This leads to a change in the composition of the mitochondria and they become less sensitive to cell death signals. This leads to a general resistance of the tumour cells, which are therefore very difficult to destroy even with otherwise perfectly effective drugs. Simply put, the changes that anticancer drugs induce in the cell are not perceived by these mitochondria and apoptosis is not triggered,” explained Dr Škoda.

Describing this new mechanism opens a new avenue for developing strategies to treat these resistant tumours. 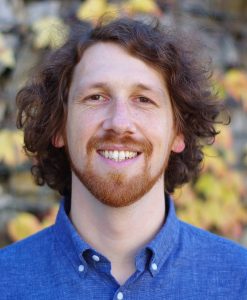 June 16, 2022/by Jiří Erlebach
https://www.fnusa-icrc.org/wp-content/uploads/2020/07/Datový-zdroj-3-300x148.png 0 0 Jiří Erlebach https://www.fnusa-icrc.org/wp-content/uploads/2020/07/Datový-zdroj-3-300x148.png Jiří Erlebach2022-06-16 13:17:212022-06-16 13:17:21Negative role of mitochondria in the treatment of neuroblastoma
Cannabis & science – comprehensive information on cannabis research... Minister for Science, Research and Innovation visited FNUSA-ICRC
Scroll to top
This website uses cookies to ensure the operation and traffic analysis. If cookies are restricted, not all website functions may be available. Setting
Accept all Reject
Setting