Scientists from several research teams at the International Clinical Research Centre (ICRC), a joint facility of the Masaryk University Faculty of Medicine and St. Anne’s University Hospital in Brno, focused on microbial infections and Alzheimer’s disease. The link between the two has been demonstrated in many studies, and the research focused on the frequency of the most common viral and bacterial pathogens in the brains of Alzheimer’s patients.

The paper, entitled “Increased occurrence of Treponema spp. and double-species infections in patients with Alzheimer’s disease,” was published in the scientific journal Science of The Total Environment (IF – 10.75).

Alzheimer’s disease (AD) is an irreversible, progressive neurodegenerative pathology. It accounts for 60-80% of cases of dementia. Dementia is a general term encompassing memory loss and the gradual decline of other cognitive abilities, often severe enough to interfere with an individual’s daily life and independence. The origin of Alzheimer’s disease is not yet fully understood. The disease is characterised by a pathological cascade of protein clotting. One of these is amyloid, whose function is to protect the brain from infectious agents, i.e. viruses or bacteria. There are theories that the action of a particular virus or pathogen may cause this protein to clot more than is permissible and thus trigger the pathological cascade.

For the detection of five bacterial and five viral pathogens, a multiplex PCR assay kit has been developed in collaboration with BioVendor, where all of the aforementioned pathogens can be detected simultaneously. “Although the link between microbial infections and Alzheimer’s disease has been demonstrated in many studies, the contribution of pathogens to the onset of Alzheimer’s disease remains unclear,” said the first author of the paper, Dr Michal Nemergut from the Loschmidt Laboratories of the MU Faculty of Science and the ICRC. “Therefore, we investigated the frequency of the ten most frequently reported viral (HSV-1, EBV, HHV-6, HHV-7, CMV) and bacterial (Chlamydia pneumoniae, Helicobacter pylori, Borrelia burgdorferi, Porphyromonas gingivalis, Treponema spp.) pathogens in serum, cerebrospinal fluid and brain tissue of Alzheimer’s disease patients.”

Serum and liquor samples from 50 patients with Alzheimer’s disease and 53 control subjects without cognitive deficits were used. The samples and data were provided by the Czech Brain Aging study – a national aging study led by Kateřina Sheardová, MD, and Prof. Jakub Hort, MD. A significantly higher frequency of patients with Alzheimer’s disease who were positive for Treponema spp. was observed compared to controls (62.2% vs 30.3%). Furthermore, a significantly higher incidence of cases with two or more concurrent infections was confirmed in patients with Alzheimer’s disease compared to controls (24% vs 7.5%). The studied pathogens were detected with comparable frequency in serum and cerebrospinal fluid. In contrast, Borrelia burgdorferi, human herpesvirus 7 and human cytomegalovirus were not detected in any of the studied samples.

This study provides further evidence of an association between microbial infections and Alzheimer’s disease. “The results show that parallel analysis of multiple pathogens and detection of their occurrence from multiple different biological samples provides interesting additional information, and this methodology should be considered for future studies working with this hypothesis in the context of Alzheimer’s disease.” said Katerina Sheardová, MD. 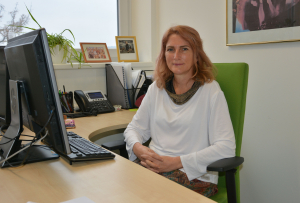